Why we are not using booki for TTFA2

The basic reason, we prefer Mediawiki for this particular project.

As an editor Booki has the following issues:

What Mark Had to say[edit]

Can someone remind me why we're using booki?

I don't like the way the platform handles viewing the current version of the chapter. It opens a javascript sub-window that I can't navigate using my browser controls. It would be much easier to handle the content on either this wiki or we.riseup.net, or if booki opened the chapter for viewing in a new window. Is there a way to make it do so?

Also, it seems to be failing to even display text legibly, are other people seeing things like this: 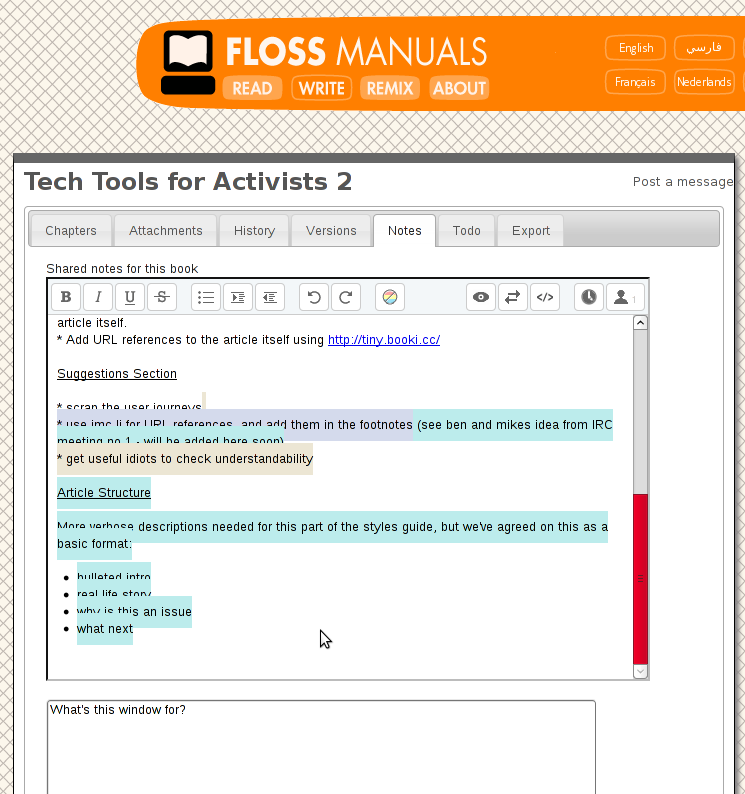 Update: I came back for another look to see if there's been any improvement, and I get this: (note that there is no network problem connecting to flossmanuals.net) 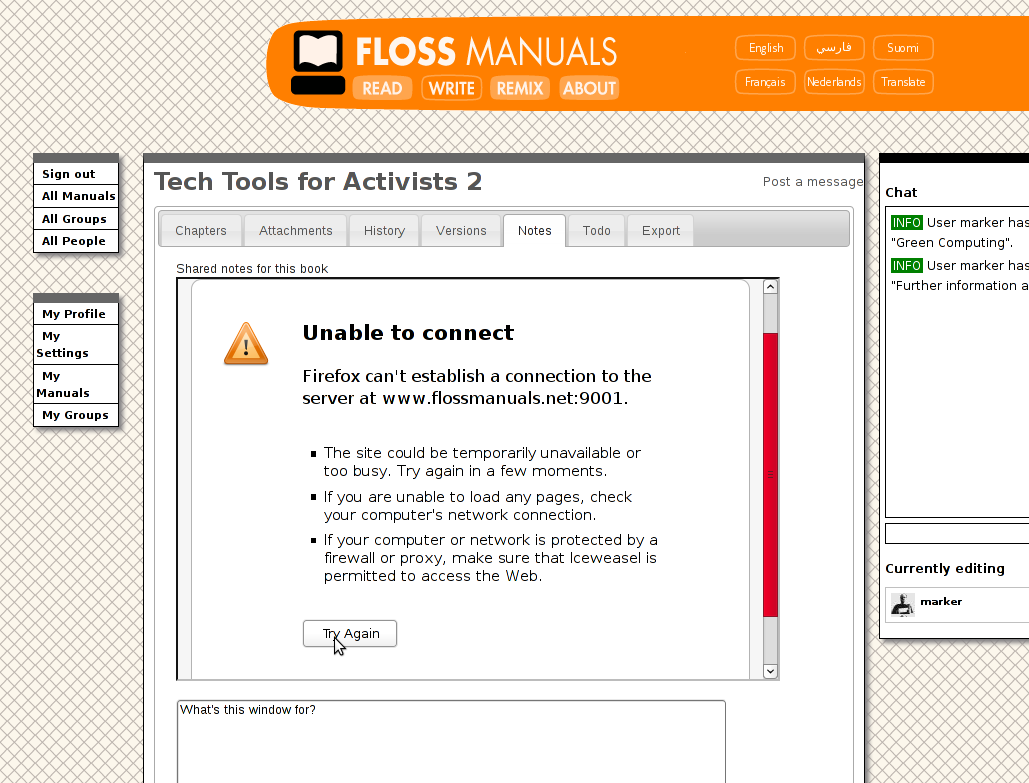 IRC interaction is recommended and happens at: