See this page for an Example Barncamp Workshop Entry.

Proposed by
Mark
Time
1-2 hours
Level
Ability to use Tor Browser
Resources
Projector and screen. All participants to provide own laptop
Number
5-10 people

Proposed by
Darren Rhodes
Time
To be announced
Level
Anyone interested in politics and computing science. Anyone with political experience that they could share.
Resources
People with the technical skill to talk about block chain and the feasibility of the proposed project.: People with the political experience to suggest ways of campaigning to make this happen.
Number
Anyone who wishes to attend.

Here is where I need your suggestions as to how this should be done ...

You will learn how to install a Scuttlebutt client on your phone or laptop https://www.scuttlebutt.nz/

Proposed by
Naomi
Time
At least an hour
Level
No tech involved whatsoever
Resources
Projector and screen, if I get around to making any slides, otherwise nowt
Number
Unlimited (can split into groups for discussion if needed)

We can informally facilitate a tai chi session, potentially including: 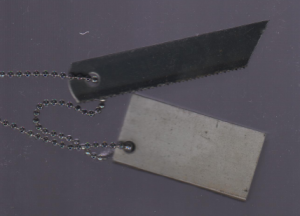 We can explore firelighting techniques such as using a flintsteel (see picture).

This is a good time of year for fire with the summer solstice (21 Jun 2019 16:54 BST) traditionally featuring fire.

The Golden Bough: A Study of Magic and Religion by James George Frazer

Introduction to PGP (later in the weekend we can have a key signing party!)

Proposed by
Naomi & Leo & Calix
Time
At least an hour
Level
No tech involved
Resources
Projector and screen, if any
Number
Unlimited